You may ask why M. Keshe is concerned about the mistakes and the false believes of conventional science? The answer may become evident when you understand the points he makes and from there you think further: what does it mean to the education of so many generations if we believed in all these fallacies without ever questioning them.

For example the answer to the question “who are you”?, depends on what we believe or know about our origin: it makes a huge difference if I believe that

So please read on and draw your own conclusions!

Matter is created when the universe cools down 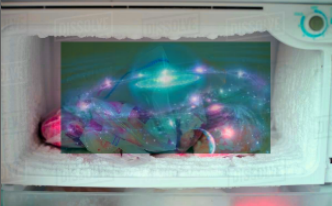 Conventional Science explains the appearance of matter in this way: originally the universe is composed of hot gas spheres. As the Universe is expanding, the hot gas spheres are moving away from each other which cools them down; below a certain temperature they are cool enough so that matter appears. Their explanation rests confined to the matter level because conventional science are unaware of plasma fields. Their “explanation” doesn’t explain very much: hot matter in form of gases is cooling down and becomes other matters ?! So where does the hot matter come from?

Plasma Science explains it differently: When fields are interacting in opposite directions, they create gravitational fields strong enough to attract more fields. The more fields interact with one another, the more “friction” is created which slows down and weakens the plasma fields. At a certain point they are so weak and slow that they appear as matter.

Plasma Science makes the point very clear that matter derives from plasma fields and that the Universe in itself is total symphony of of fields in motion.

And in our experiments with rotating reactors, we can create the necessary gravitational field force by creating the gravity of the Earth in respect to the fields of the reactor/core. This is the condition to create matter. The experiment of Peter Salocher to create gold goes into this direction: 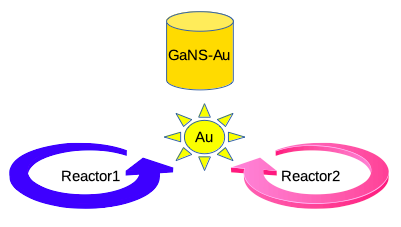 Two reactors with GaNS turning in different directions create a dynamic plasma field. Another container with GaNS of gold (GaNS-Au) adds a lot of fields with the structure of gold. In the space where the fields of the three fields overlap, “dust particles” settle which contain material gold.

There is more matter than is visible to our eyes

What we consider as “matter” is usually confined to what we see with our amino-acid eyes. Our physical eyes can only see stuff that has a field strength which is in the vicinity of amino acids. Beyond that window there will also be “matter” – only we don’t see it.

We can include also the eyes of scientific detection devices because at the end they can only detect or measure material, quantifiable evidences.

The Plasma Understanding of the Creation of Matter

We know that matter is created by the interaction of Plasma Fields. Now we want to take one more step down the material rabbit hole. We can conceive of different levels of interaction of fields leading to the creation of matter:

At which level of interaction does matter appear and how does it appear and in which form?

As I am part of the Universal Soul, it does not matter in which part of the Unicos I am. The particular environment I will be in will decide what is appropriate for it; we don’t need to think about it. “And of course it is each of us who has to comprehend the totality of the process of creation in order to be able to participate as an active player in it and not as a pawn.”

Now we can also understand the phrase “I made Man in the image of myself”. It means: “I made Man from my Soul. I became the Adam and through the creation of my own fields, I have confirmed my own existence.” Down the line this means that everything created in the Universe is Adam’s rib, because the it’s always the Universal Soul that pours itself into each and everything She creates. 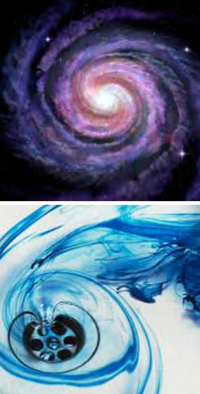 Why do all galaxies turn to the left?

All the matters in our Universe move in an ccw direction and when you look at the galaxies arms, they seem to move in the same direction. Maybe that phenomenon gives us a clue to understand the position of our universe in the greater Unicos?

When we see galaxies rotating cw, that is because they are influenced by bigger galaxies or universes and they turn like that because that is their way to find their balanced positioning in respect to the other galaxies and universes.

Where is the Creator?

If our Unicos has a northern and a southern hemisphere, we can draw the conclusion that it is spherical and has a centre. The center of it is where the Creator, the Universal Soul dwells. If that is so then all the different universes have been created by the interaction of the fields coming from the Universal Soul. AND this same interaction of fields coming from the Universal Soul has led and keeps on leading to the creation of us, human beings. Is it possible that we are not the only human beings in the Unicos? Are there more of us in other Universes?

Does Mother Earth have Soul or a blob of liquid iron?

Wikipedia says: The Earth’s inner core is primarily a solid ball with a radius of about 1,220 kilometres (760 miles). There are no samples of the Earth’s core available for direct measurement. The inner core is believed to be composed of an iron–nickel alloy with some other elements.

According to Plasma Science, the core of all celestial bodies are empty of matter, they only contain only Plasma, the Soul. And each Soul is part of the Universal Soul. How do we know? Well with the spinning reactors we re-created the same phenomenon: a sphere with a hollow centre.

Another way of explaining this: every centrifuge pushes all the (heavy) materials to the periphery and not to the centre; and our planet turns at 1 600km/hr…

And another way: every vacuum attracts whatever matter into it. Our planet is inside the vacuum of space, so all the matter should be attracted by the vacuum to the periphery and not the center.

“Is is absolutely impossible for any solid matter to go to the centre of the Earth. The centre of this planet is hollow. The centre of every star is hollow. Plasma Science has given us the system of rotating cores (reactors) so we can see it and now we can draw our own conclusions.” M. Keshe

So, if in our dynamic cores we see the same as in the cores of anything else, what does that say about our core, that we have created; is it only a gadget for demonstration?

What if our cores also create a Soul, which by it’s nature is partaking in the Universal Soul. Since we know that the Plasma or Soul is created by the interaction of Magrav fields – so why do we need to proclaim an external or separate Creator? If we are part of the Creator because our Soul IS the Universal Soul, then the creation starts shining in a completely different light: it all is all of us!

Via my Soul I am part of the Creator and with my own fields I can create and thus confirm my own existence. At the same time everything in the Universe has the same connection – that means everything is the “rib of Adam”.