It’s not the strong who decides – it’s the weak

“Today I teach you my knowledge, my understanding. It will be one of the most beautiful teachings. Up to now I have taught you the knowledge of Man; now I will teach you the knowledge of us, what we know, how we know; and how Mankind – in time – will reach us. We put the hand out of friendship and love; and with it we receive love. And with that love we teach. The knowledge is very different, but we will use the language of man, so man can understand, will be able to relate to it, to be part of it.” M. Keshe 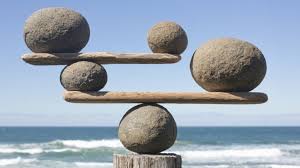 It is not the strong field that dictates the position of the weak, it is the weak confirms the distance to the strong.

We need 3 fields to manifest anything: the Principle (Universal Energy Field), the Transition (the Purpose) and the Matter (Environment). In order to get to a manifestation, we need to combine the 3 fields into one unified field. This unified field arises in the conversion system that we call “the Soul of the Man”.

So you only need one unified field to create everything you need. With a unified field you can create the point of interaction. So any single magnetic-gravitational field force is, in fact, the source of life of anything that exists. The unification of the fields means to bring the 3 fields into the same range or structure of force, so they will interact.

In the body of the man, this point of interaction is called the soul of the man. So as our Soul absorbs the fields of the universe, at the same time sending the feedback of it, man can manifest himself in any dimension anywhere in the universe. The Soul is the focal point of it.

We can compare this with a garden hose throwing water against a wall. A part of the water is reflected back from the wall. That’s how we know that there is a wall. At the same time, the wall retains some of the energy of the water and sends some of it back; the wall dictates what goes back and what is absorbed 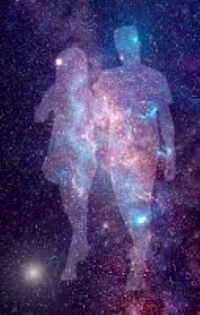 Then do we need the spaceship? To travel within ourselves? 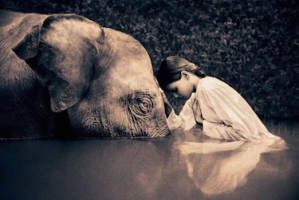 When we become weak enough, the Creator has to put the whole energy needed to balance us, to take us to his level, so that we become one, so we become part of the One. This is why the “holy scriptures” say that “man has been made in his image”. And also everything around us is also perfectly “made in his image”. So

One-ness cannot be attained by any effort –

Oneness is a natural consequence of our humility.

This is how the creation comes to about.

Creating a planet is like creating a village, a town and a city. Man started with founding a village, expanded it as far as he could. And the population kept growing and we were not happy with that one village, what did we do? We started a new village. And then the villages connected together and became cities. And then this town grew into a land, a nation,a planet and a universe.

You see the same on the micro level: we start with one electron and one proton. And in field interaction, they are adding together, it becomes hydrogen, helium and the rest. It’s always growing, growing towards more complexity. If we look at the solar system, we see the same: the sun with field radiation and interaction with the environment led to the creation of the planets.

A rainbow is created by the interaction of the gravitational-magnetic fields of the Earth in respect to the atmosphere. As the field strength of the planet changes, the colours of the rainbow and their proportions change.

So the colours are really expressions of the emotions of the planet. The confirmation that “there is no life on this planet” but “Mother Earth is alive”.

All that we need on the material plane is a shelter, the creation of material and life, transportation of things and us through time and space, telecommunication, energy, food and healing. We now have to learn that all of the above can be provided by the interaction between different plasmas.

The interaction of plasmas of various field strengths is the same for everything; it does not matter where and how it occurs. We will now be learning how the Universe works so we can have an active part in it. This englobes and goes beyond “Deep Ecology” and all the spirituality and religion we have developed so far.

We live in an Unicos composed of an infinite and 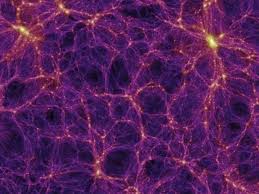 growing number of Universes; and each of them is growing constantly in complexity. There is no fuelling system to supply each component with energy nor is there a central brain that controls and coordinates all that.

So how is it possible that all this is running so smoothly and harmoniously on its own?

There is no need for a central control because each part and particle in all the Universes is in constant contact with every other part. And via this contact, each particle is constantly establishing it’s position of equilibrium in respect to every other part.

But what is the prime mover of this dynamic, global homeostasis of everything?

Love is the splendid co-creation and the joyful contemplation for all.

The Universe “around us” is since ever working in the way we are only now discovering with zero-time communication, teleportation, creation of life and material etc. And it’s our Soul by whom we are joined into the same dance. In order to use these abilities consciously, we only have remember, we only have to look how the Universe and Mother Earth do it. As our Soul positions herself in respect to everything, we have a connection to everything – including the Soul of the Creator, the Universal Soul. But in order to make this highest connection work for us, we have to get our field strength up to speed with that of the Universal Soul – and again we are on the step of the same door…

This means that we really don’t need any machines to be able to do whatever we want. Look at the movie “The beautiful Green” by the french film maker Coline Serault: you will see that the people of this planet do not live in houses, do not use money, do not grow food with the sweat on their brow and do not give birth to their children under pain. In the past we have been lead completely astray by so called scientists who, in fact, did only want to satisfy their little egoistic personality, like Edison, Einstein, Hawking.

“It has been our gravest error that we allowed these incompetent people to dictate our understanding. Understanding cannot be forced on anybody, understanding comes from what we can feel.” M. Keshe

We know also that the access to the Knowledge presupposes that we are in complete alignment with the Universal Principle. As long as we choose to be egoistic – as an individual or as a nation – we don’t allow us this access. Therefore only the nations who are committed to Peace will be able to achieve flight, zero-time communication, free energy and the rest. If you are not on the level of the Universal Principle and Peace, you may not be able to even understand this.

Now there is a very important question:

Remembering and having access to the Universal Knowledge what is our role, what is the role of our Soul in the structure of the totality of creation?

What would you expect?

“One question for all the Keshe Family: What would be the first thing you would say to your Soul, when you realize, you have managed to communicate with it in the dimension you live in?

Would you expect to hear its voice? Or would you expect to feel its emotion and convert it back to your understanding, so that language is no longer needed? Then you may ask yourself: Is this not the way I used to talk to my Soul when I was in the womb of my mother?

Then, now knowing this, what would you change in your life to accommodate both your Soul and the soul of your physicality (mind) to live in harmony? When you will have managed to do this, then you have entered the dimension of universal communication with your own Soul and the Soul of all those who live across the Universe. In the world of universal language there are no Yandex translators as we have here in this chat.” MT Keshe