Your Enlightenment is your passage to the Universal Community.

How to change society 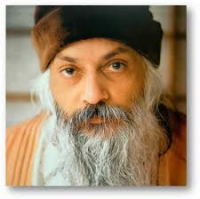 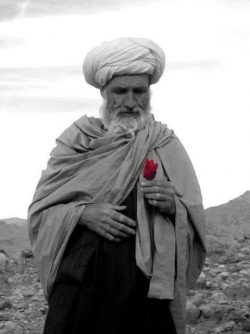 Anything beyond what we need is poison. It can be power, laziness, food, ego, ambition, fear, anger, or whatever…

The non-acceptance of uncertainty. If we accept uncertainty, it becomes adventure.

The non-acceptance of bliss in the other. If we accept it, it becomes inspiration.

The non-acceptance of that which is beyond our control. If we accept, it becomes tolerance.

The non-acceptance of people as they are. If we accept them unconditionally, then it becomes love.

What is spiritual maturity?

It is when we stop trying to change others and concentrate on changing ourselves.

It is when we accept people as they are.

It is when we understand that everyone is right in their own perspective.

It’s when you learn to “let go.

It is when you are able to have no “expectations” in a relationship, and we give of ourselves for the pleasure of giving.

It is when we understand that what we do, we do it for our own peace.

It’s when you stop showing the world how intelligent you are.

It is when we stop seeking the approval of others.

It is when we stop comparing ourselves with others.

It’s when you’re at peace with yourself.

And finally and most importantly:

Spiritual maturity is gained when we stop attaching “happiness” to material things. 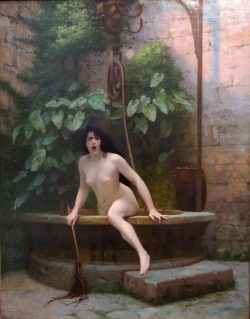 According to a 19th century legend, the Truth and the Lie meet one day. The Lie says to the Truth: “It’s a marvelous day today”! The Truth looks up to the skies and sighs, for the day was really beautiful. They spend a lot of time together, ultimately arriving beside a well. The Lie tells the Truth: “The water is very nice, let’s take a bath together!” The Truth, once again suspicious, tests the water and discovers that it indeed is very nice. They undress and start bathing. Suddenly, the Lie comes out of the water, puts on the clothes of the Truth and runs away. The furious Truth comes out of the well and runs everywhere to find the Lie and to get her clothes back. The World, seeing the Truth naked, turns its gaze away, with contempt and rage.
The poor Truth returns to the well and disappears forever, hiding therein, its shame. Since then, the Lie travels around the world, dressed as the Truth, satisfying the needs of society, because, the World, in any case, harbors no wish at all to meet the naked Truth.
The world famous painting- “The Truth coming out of the well” Jean-Léon Gérôme, 1896. 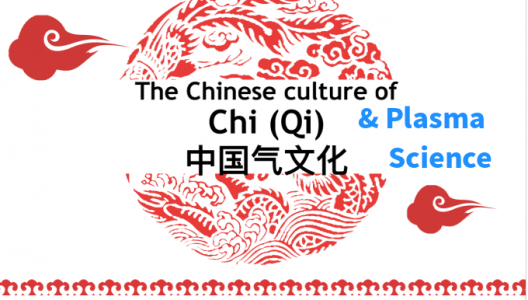 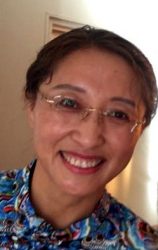 Listening to the conference of Master Bu, i was flabbergasted to learn that this ancient Chinese technique teaches the same as the KF and the new Plasma Science. In this article i’ll try to merge the two approaches together.

Maybe now we find another reason why M.Keshe has chosen China as the human beings to create the first launch of the plasma space ship : if you replace the word Qi/Chi by Plasma, you see that the Chinese work already since 3k years with plasma and they are familiar with the connecting concepts like the Indians with meditation and the westerners by the act of sex…

Master Bu Xiaojing is living and working in China. She discovered the power of Qigong while she attended a medicineless hospital where she cured herself from Lupus.

The text in black are what we understood from her presentation; the text in blue are our parallels with the Plasma Science.

Qi or Chi is the root of everything. Chinese people talk about qi as the source of the universe that causes the growth of all things. It decides the transformation process of everything in the Univers.

Qi is equivalent to Plasma.

This gives us a lot of new possibilities to direct the Plasma by our thoughts; be it to collect the free neutrons from space into a reactor, be it the control of spaceship by our soul, be it any materialization or generation of energy.

‘Gong’ means capability; so Qigong refers to the capability of directing Qi. Qigong is the practice or cultivation of focusing the mind inwards. Instead of watching the breath, as many meditation traditions, like Vipassana, Qigong focusses on the Qi in it’s various appearances – to feel the Qi first and then acquiring the ability to direct it to specific regions of our own or someone else’s body to heal.

Theory of the 3 levels of matter :

Information or HunyanQi also has 3 levels :

Conscious information and human mental activity can be transformed into energy and physical mass. This has been proven by researches done by Emoto, Radin et al. You can find many experiments in the book ‘The Science of Intention’ by Lynne McTaggart

Everything that is in existence, including us has a central plasma, a soul; all these souls are the individual aspects of the original plasma or soul of the Creator.

The bet way to use Qi is to focus your intention/wish on the desired result, paying attention not to offer any resistance to the process of its manifestation.

To be able to focus efficienty, a particular state of mind is needed; this state may be called resonance state (science of intention) or Qigong state in Qigong practice or meditative state. This state can be described as mindful and focused at the same time. This state shows in our brainwaves (mainly alpha and theta waves). You can get a monitor yourself here.

Information can be converted into energy and energy into matter – and vice versa:

The body has this qi. In the daily activities and predominantly in mental distractions, Qi is diminised in the body. So one needs to replenish all the qi that’s been lost. How? Methods vary. Most rely on cultivating qi in the body, aiming to make up for the loss.

Another method does not rely on the qi in the body, but goes directly to the qi of nature. This is our approach. We cultivate our own qi through accessing nature’s great store of qi. This approach produces quicker results. Because Qi follows the mind, cultivating qi is not the most fundamental; cultivating one’s spirit is. Mastery of qi is really achieved through mastery of consciousness. We use consciousness in a careful, craftsmanlike way, to shape our life, to attain our goals.

Why can qigong cure illness?

In treating illnesses Qigong doesn’t focus on the cause of the disease, but goes directy to restoring the person total physiological balance. Qigong theory says that one’s health is dependent on the body’s normal life processes, which are all dependent on the unimpeded flow of qi. An illness is a disturbance of this flow. If the qi is unimpeded, body processes will normalize on their own and the illness will naturally disappear.

To make full use of Qigong, it is important to train your mind to accept and believe in the existence of Qi. Qi is unvisible but we can feel it; doing the Qigong practice every day will allow us to directly feel Qi. Additionnally there are many ways how you can prove the power of Qi to yourself :

I expect that the exercises that help us feel the Qi will also help us to feel the plasma. In both the domains, the exercises will also train our ability to be more centered in our soul than in the matter state.

Whenever Qigong is practiced, the practitioner creates a Qi field. Naturally the Qi field gets stronger the more people practice at the same time. A special Qi field is created ressembling the vortex of a univers.

Plasma devices and we ourselves create Plasma Fields in our environment : MaGravs and Reactors in our houses and gardens.

Qigong seems to be the best way to come into grips with Qi and Plasma on the long run and to acqurie the ability to direct Qi and Plasma in a way that suits our needs. It takes time and perseverence to learn Qigong.

The plasma tools on the other hand provide us tools that work right away. We could say that the plasma flowing through the Plasma tools is Nature Qi.

The simplest and most efficient exercize

Relax and think of the outer space as your mind goes through the roof into the sky… all the way up to the Universe.

Let the mind go through the floor all the way down to the other side of the universe.

Think of the surrounding space, the endless space.

Think of the universe, the galaxy… the galaxy is inside you now.

Now start moving your hand, palms down, as if your hand is gliding on a surface of water… as you turn your hand, you are moving all the chi of the universe into this room and into your body.

The Qi is going through your crown into your head.

Turning and swirling, it is going down to your neck… to your thorax… your abdomen… your thighs… your knees, legs and your feet.

As the Qi is turning and swirling, the body is getting easier and easier inside.

Put on a smile; send the smile to all the cells of the body. All the cells are smiling now.

Send a smile to all your friends. All the people surrounding you are smiling back and the body gets brighter and easier.

Take a deep breath and breath out.

Stop the movements and put your hands down on your thighs.

“People have to start building their spaceships. But they first need to understand the ethos not only to master the creation of building a spaceship. You need to understand that when you before you start you need to realize that you are creating a soul a new existence a new being. So people need to know how to respect this new creation and not just build something to serve them but respect what it will create. If you listen to MT Keshe teachings he explains very well whatever you create you are responsible even if you put a seed in the ground to start the life when you put it down you are responsible.”