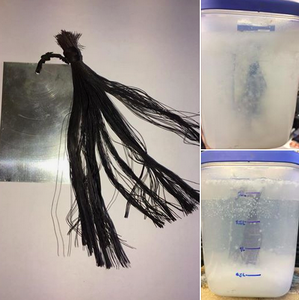 Tests have shown that it might be better to use nano-plated copper multi-strand wire rather than a plate because the surface is multiplied – like several copper plates in parallel.

The combination allows an abundant production as well as a much lower use of raw materials: The Zn plates do not deteriorate and the nano-coated copper does not even deteriorate after about one month of the experiment.

For several months the idea had come to me to take a bath with the four basic GaNS. I filled my bathtub with about 180 litres of hot water. I added one litre of each GaNS: PL-CO2, -ZnO, -CuO, and half a litre of PL-CH3. The starting temperature is 37°C on the surface and 38°C at the bottom.

I saw a uniform turquoise luminocity much more than normal. But also visible displacements of different densities created by the magrav fields.

When I returned to my sitting position, my plasma made contact with this solution in a powerful reaction, which completely captured me. After a short period of fatigue, I reached a “sportsman’s second wind”. Then I lay down on my back with a magnetic force supporting me under the shoulder blades, my arms floating on the surface I had to make a more significant effort than normal to bring them down to the bottom; especially the last five centimetres. My heartbeat accelerated again as if my body was ready to start the big race, on my skin a tingling like goosebumps that didn’t leave me until the end of the bath. This period was punctuated by variations in the surface temperature of my body, like when you run in the summer with a wind that cools you down for several minutes.

My body passes in foetal posture and a fullness reached me, I find myself in a primal space, no more thinking, I was a baby! I tasted the solution several times; it was perfectly soft, yet the water in the aqueduct is known to be hard (high level of limescale).

For an hour, I had no more notion of time, then a frequency similar to that of a crystal bowl appeared in the hollow of my ears, my intuition told me to get out of the water. I listen to my intuition, I listen to my body. Upon regaining consciousness I realize that one leg is at the bottom and the other floats on the surface without touching – the magrav fields were still active.

Coming out, I was amazed! The water was still warm! Certainly since the installation it has cooled down but not as much as normal. 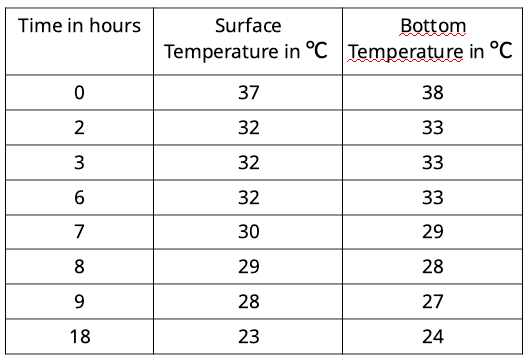 The experiment is to be repeated with more rigour in parallel with a control water to confirm the temperature variations. A very serious approach is to be considered for the conservation of fluid temperatures; or also for other materials?

I also think that the intention to measure the temperature decrease has an effect on the GaNS waters because we realize our thoughts! Then the experiment would be more in the intention to always measure a constant value, the starting value.

I can confirm the extraordinary effects that I experienced in this bath on my physical form, my emotions, my magrav. But this is beyond words. Thank you Mr. Keshe for this wonderful gift for Christmas 2019!

Original from 2009, re-shared by Golden Age of GaNS and edited by aviram 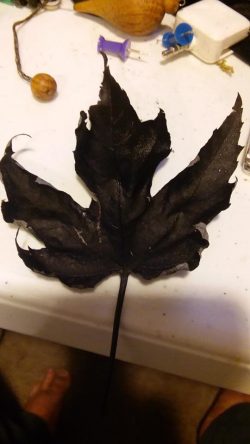 Some knowledge seekers found that suspended nano-coated copper spirals are interacting with magnets. Normally copper does not react with magnets. In the following article M. Keshe provides the answer to this “mystery”.

We are running some tests in respect to magnetic fields around nano-coated copper tubes and wires through which we have gained some new results and knowledge. In these tests, we see a different behaviour of solid magnets in the vicinity of copper, which can be the result of current induced in the copper (eddy current), which changes the magnetic field behaviour of the copper.

Nano layers collect background energy from the space and the current flow in between nano layers leads to creation of magnetic fields, which subsequently lead to creation of current in other layers. It is known that nano layers are porous and have a PN junction property, and that is where the creation of a magnetic field and current takes place. This effect will change the future of nano technology in respect to the use of these materials in the world of electronic and material production. Nano-coated materials can be used to capture energy from environment to run systems like microchips or radio and magnetic field interference shielding equipment. 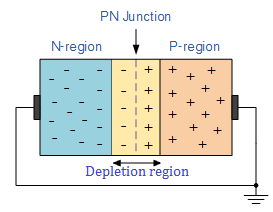 From previous observations and tests we know that the nano layers on coppers wire builds up in multiple layers; and if a current runs through the “empty” spaces in these layers can lead to creation of a magnetic field: The spaces between the nano layers act as wind tunnels for charged particles, which continually release energy running through these channels. The current flowing in between different nano layers can lead to the creation of magnetic fields in between these layers.

In one of my papers about the nano material and in one of my books, I refer to the existence and of nano materials in the centre of the planet’s core. These nano particles participate in the production of current, magnetic field and temperature in centre core of the planet. This is due to quality of nano layers of being a super conductor and super resistor at the same time depending on their position in the centre core and the temperatures which they are subjected to. 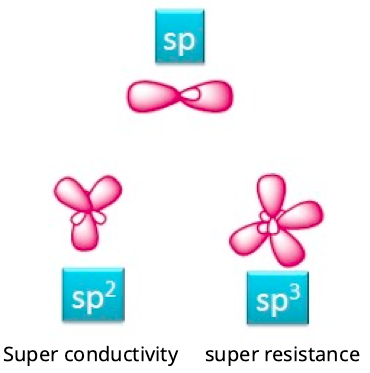 The inverse is happening as well: a nano layer can also transit from being a super resistor of SP3 to become a super conductor of SP2 in the same layer structure. Thus the nano material change from SP2 to SP3 and vice versa in the same layer and environment depending up on their position in that environment. The same force links the nano layers to the material copper support.

Therefore it can be said that due to continuous creation of the nano layers on the surface of the copper wire, this initially creates localized currents and due to motion of SP2 an SP3 in these layers as they are formed, localized magnetic fields are generated.

As the nano layers are building up on the copper wire, the top layers create a surface with openings to the environment, through which the solid particles absorb background radiation; and the captured energy is stored in the spaces. The motion of energy in between the spaces of different layers can lead to the creation of magnetic fields around the copper wire.

It is important to mention that the nano layers have an infrared absorption property because they are black in colour. This can cause localized heating of the internal layers and spaces between the nano layers and even in the top layers of the cooper wire.

It is interesting to observe the same process in the human blood: the same processes take places with the nano carbon, which provokes changes from SP2 to SP3 as well. This controls the body temperature and the flow of materials and minerals within the cells. I have explained this in the book “The universal order of creation”. This knowledge has not been known to medical research and scientific world. If understood fully, this knowledge will change the treatment of medical conditions drastically.

When we connect a Magrav into the grid, we introduce an additional current through the copper wire, which can cause the creation of more magnetic field around the copper wire within the nano layers.

The same effect on large surfaces can be used to create a soft external magnetic shielding for satellites and space crafts to protect these systems from cosmic radiation. The application of a low current through nano coated layers can create an effective shielding on the outer surface. The low currents needed to generate the flat magnetic field on the surface of these systems are induced into the nano layers as they absorb the energy from the environment are used. 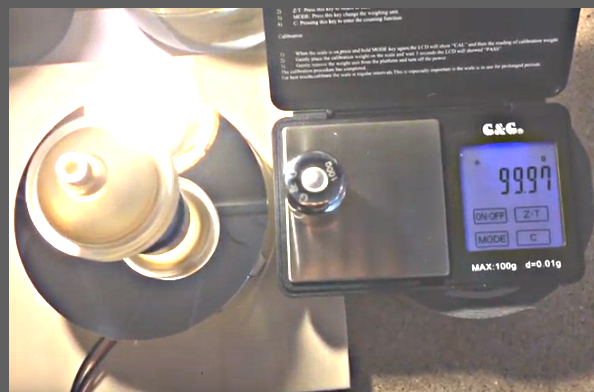 See how a rotating reactor with CH3 GANS affects a scale with and without a 100g mass. This is a huge effect!

See Beauty with your inner eyes 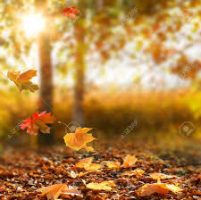 Autumn in Austria was so beautiful. He remembered M. Keshe’s proposal to try to see not with your amino acid eyes but with the eyes of your Soul. So Herbert closed his fleshly eyes and tried to look from the Soul. His experience was that the 3D image became sort of transparent and he could see/feel so much love from the Creator emanating from the scenery towards him. Even later when it was raining, Herbert could still feel the love and care of the Creator to us!

He described further that what he felt was like when you are invited by very close friends that you love very much for supper, then you of course enjoy the taste of the meal but you can also feel the love they have put into it preparing this meal for you! 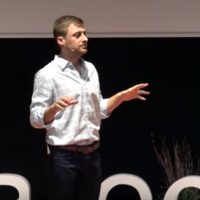 Normally our breathing is controlled by the parasympathetic nervous system and happens automatically. For example when a car suddenly curbs on your walkway, you stop briskly inhale and hold the breath and protect your chest with your arms. When you out on a date with your beloved and she whispers the three magic words into your hear, you breath out and open up totally.

These are automatic breathing sequences. You can override them consciously. He proposes 3 ways to do that:

Here’s the practice that you can do. Let’s start with the Water Breathing: 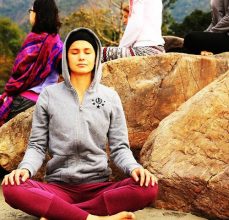 After around 10 rounds of this breathing, your heart rate slows down, your blood pressure slows down and you stimulate your parasympathetic nervous system to rest and relax in peace.

Aviram annotation: I think this way of breathing lends itself well to helping us ‘soften’ the bars of the birdcage. Then one could add to the exercise the feeling of the breath entering the upper part of the nose, around the seat of the Soul and not follow it lower into the lungs or the belly.

And finally the Coffee Breathing:

This technique stimulates your sympathetic nervous system, it will crank up your body. Do 3 round of 20 in the morning, before exercising and at 3 o’clock in the afternoon. He achieved an ample production without electricity. The boxes are already working over a long period of time and there is no wear out of the nano-coated plates – no CuO GaNS appears. The reasons he gives :

The little bottle in between the boxes is filled with the same salt water. On the left of it is the Zn plate on the right the Cu-np plate – no GaNS formed which he interprets that the fields cannot pass the C-H-bonds of the plastic containers (recycling 5, polypropylene).

He stopped the production when there was almost only ZnO GaNS production, mostly under the Zn plate and very little CO2. So he put new plates in the same container and new salt water of course. Immediately there was mainly ZnO production. This means that we have to use always a new container if we want CO2!

In the following experiment he wanted to make a GaNS-CO2+ZnO specially for plants. So he did not use NaCl in the water but MgCl – the outcome was a greenish GaNS that he could not determine what it is. To get what he wants, maybe he needs to use the NaCl with a little bit of magnesium salt (MgCl or MgSO4-epsom).

Rick has found a gadget called ‘Toroflux’, a woven metal toy that has many educational and acrobatic qualities 😉 … especially in the context of Plasma Science!