The origin of life

What wikipedia has to say about this topic: “The origin of life on Earth is a scientific problem to which no solution has yet been found. (…) The search for the origin of life on earth is in a paradoxical dead end: In order for life to begin on earth, a genetic molecule (something like DNA or RNA) must exist; this molecule would then be able to synthesize all other amino acids. Unfortunately, genetic molecules are themselves made up of amino acids… Catch 20022!” 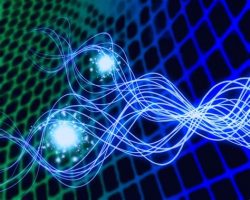 Plasma science shows us a way out of this impasse, which I would like to describe in this article.

The creation of life is the teaching of the knowledge of the Creator; it will be the ultimate teaching series of MT Keshe, which will start march 21 with the collaboration of many knowledge seekers from all over the planet.

When we reach the point of understanding how life is created, we will have reached the position of co-creation side by side with the Creator; our final destination, the deepest meaning of why we are here!

Plasma Science started out with nano-coating and GaNS production. Already in this early stage we could have seen that any visible, physical matter is created by the magrav fields of the Soul, with the amino acids linking it to the physicality of life on this planet.

The Creator has already created everything in an original impulse of love which goes on through now to eternity. Every element of the universe past, present, future is contained in the original creation; every element complete with an infinite number of possibilities.

When the father and mother souls meet and decide to embark on the splendid cocreation of a new life, a new creator – they are starting the process of condensing the informational light of one of all the possibility of a new human being into materialization.

The first phase after the decision can be called the Gathering of the Informational Light that will be condensed into a new life. All these informations are gathered during the production and maturing of the egg and the sperm cell. As the process of gathering happens on the fundamental level, the not yet matured sperm and egg, both know already that will be part of the chosen possibility. That is why many indigenous peoples “Pray for the Soul of their children long before they will be born.”

By the way, children born from mature parents, when they are in their 40ies, are more balanced, because they are born more mature, because their parents are more mature and have gathered more relevant informational light.

The phase of the Gathering of the Informational Light, which starts even before conception goes on during the whole period of gestation when the embryo. We know that the human body contains all the elements present on this planet, because he is a child to Mother Earth. Having all the elements inside ourselves enables us to be connected to everything on the planet; and this is the prerequisite that we can control our material reality. Everything on the planet is part of the Network of the Spirit, whereof each of us is the centre. 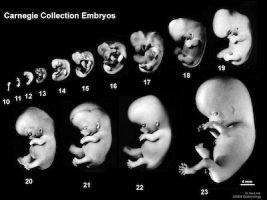 The cell divisions during the growth of the embryo do not lead straight away to the formation of a human body; the embryo goes through all the evolutionary stages of life on this planet – we are a mono-cellular bacteria, a fish, a bird to finally become man. As we contain all the life forms on the planet, we have all the knowledge, all the informational light of all the life forms – we know how to be a fish, a bird, a dog and a man.

As planet Earth is connected through us with all the other elements of the universes. Earth’s magnificent diversity of life is the source of the diversity of the Universes.

There is a part of informational light that is transferred naturally during the evolution of a new human being but there is also the part that is transferred by the parents and other beings that are in contact with the new being. And for the second part it is crucial that the parents be aware of their role as a feeder of informational light. The more structured their consciousness is, the better they will be able to transmit informational light. We can observe that children that are born out of a mature couple, say around 40, are more centred, quiet and autonomous.

I create the body in the image of myself

The fields of the Soul of the Creator are embedded in the waters and oceans of this planet, that’s why life has it’s origins in the liquid state.

I n the creation of a physical form, there are elements that are very important; and they will help us understand the process of creation better. 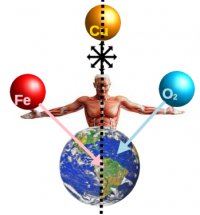 The specific field forces of the copper, for example, are responsible for the building up of our muscle tissue as well as our symmetrical appearance. Then we have Fe which corresponds to the matter core of the planet; it creates the solid parts of the blood. While the O2 is responsible for the liquid state of it. Both Fe and O2 are magnetic; they create with the interaction of the gravitational field forces of the Earth the container for the Soul. Our blood represents the solid and the liquid state of the planet; that means our blood links us to the planet. We could say we are of the same blood line. The creation of our physical body is intimately link ed to the structure of the planet – we could say that we are are created in the image of the Creator, Mother Earth, that we are her. 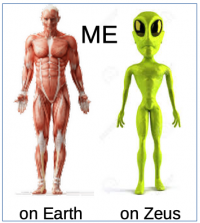 If we wish to incarnate into another part of the Universe, then the Fe could be replaced with K and the O with H; then what colour will our blood have? Ever so slight changes in the fields of the environment or the planet will show in changes on the material level as well.

The physical body is created through the energies of the Soul (the Creator, the Sun) and the gravitational field forces of the Earth, which absorb the amino acids of the environment for the creation of the body. 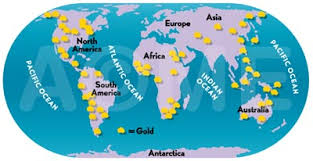 That’s how all mineral deposits inside the Earth’s crust are created: the interaction of the matter state field force of gold for example with the inertia of a particular spot on the inertia grid of the planet, will create the gold deposits at that geographical position and that given depth. At different depth the inertia changes; resulting in the appearance of other minerals, copper for example.

Time is a concept on the matter level. It is relative, depending on our moods for example. When we are happy, time slips away fast and when we are bored, times drags endlessly.

On the fundamental level, there is no time but only eternity.

The “me” is also a perceptional concept which varies depending on where my attention is put: