The Pathology of the Corona Infection

This article is weekly updated following new data and knowledge that comes to us.

The highest number of victims are seniors of 70 years and gay people; both have already the condition of low auto-immune systems or immune system defects (HIV). However now that the virus has mutated several times, everybody is at the same risk.

The “shelf life” of the virus is 30 minutes to a few hours; this is the time where the virus stays active with being connected to a living host cell.

The incubation time, from the infection to the showing up of symptoms is 12-35 days.

Phases of the infection

We have to understand that the virus being an energy pack does not transfer or infect by physical contact like touching, kissing and so on, but it will settle in a new host as soon as he has found a matching field. Remember that the fields we produce are the result of our emotions: panic, fear, worry, depression, anger, etc are emotions that create a matching field attracting the virus.

At the same time the virus is linked to the amino acids which are the building blocks of all life on this planet. So he can attach himself also to amino acids of our body; mainly via a carbon (C) and an oxygen (O) link. When we leave our fingerprints (fatty marks of our hands) or when our skin sheds old, dead cells – both are composed of amino acids. The virus attaches to them as they constitute an environment where he can survive until he finds a new host. That’s why the 12 hours that are specified for the time the virus can survive on a metal surface like a door handle, can in fact be much longer when someone has touched the handle before, leaving his amino acid “fingerprints” as food.

A sad example: In Iran dead people are buried. On such an occasion, the whole village came to attend to the funeral… and shook hands to pay their condolence… they all got infected…

The symptoms of the WCV go from fever with coughs, then water in the lungs with asthma-like symptoms to end in heart failure. Here is the pathway in detail:

Conventional medical treatment may be able to stop the symptoms so that we have the impression that the infection is under control. But then after 1-2 weeks the infection comes back much stronger and quickly kills the patient.

This happens because, even if the virus is stopped or killed, it leaves it’s magnetic fingerprint in the weaker parts of the body. And his fingerprint serves as a magnet to attract new viruses from the environment.

A new mutation of the corona virus has appeared which affect the emotional state of people. “This is the phase where the virus has mutated into an emotional being. It becomes something like a child inside the man, but the man will not give birth to it, rather it will gradually overtake the man.” M. Keshe

Now in China appear the first cases of death by brain hemorrhage, caused the emotional connection of the virus and exacerbated by fear.

The virus also has a soul which is interacting with the soul of the cell it attaches itself to; this is the condition to create life and if the salinity of the emotion is right, he will give life to himself as a physical entity. There are in fact creatures in the universe who have established a compromise between them and the parasites – we may see them in the times to come. “This virus is a virus of the Soul of the man, soon you will understand”. M. Keshe

If you get a diarrhea even while you drink the liquid plasma, that means the virus is in your digestive system.

The Virus is self-mutating; the two classes of flu virus (summer and winter class) have merged, that’s how the virus could appear in Brazil, which has temperatures like European summers, where normally flu viruses don’t proliferate.

In China there are a lot of people who catch the virus, spread it, but don’t show any symptoms. The reason being that the virus is an energy pack; it doesn’t transfer by matter channels (air, fluids, etc) but by emotional interaction. This means that both the sender and the receiver have to have a similar but not equal emotional field strengths; a magnetic field transfer from the lungs (the emotional organs). So you don’t need the physical touch to get it; you may just passing by…

Lately people start complaining about weakness in their arms and legs; this may be a sign that the virus is spreading into the muscle tissue.

As seen in China during the last weeks the virus has mutated so that it also attacks the brain instead of the heart after having itself established in the lung. The patients with this condition will have very little or no fever before they die of brain hemorrhage.

Another mutation allows the virus to go directly into the intestines. People with this condition will find kidney insufficiency, red stool, which comes for hemorrhages inside the lower intestines. Subsequently the virus will attack also the pancreas and the liver. 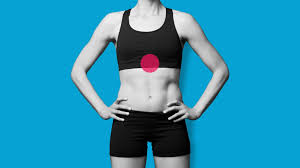 For many people, the first symptom of the infection is pain in the area of the solar plexus. This pain is due to the fact that the solar plexus is the area where the virus gets its energy from. When the drainage of energy reaches the stage of moving to the soul, in the middle of the head, then the separation of the Universal Soul from the physical form occurs. Many people experience pain in the solar plexus and the equivalent place in the back of the chest before they die.

The first cases of pain in the ovaries and testicles/prostate appeared in Iran and London.

Even the first infections that were centred on the airways were accompanied by tension and fatigue in the legs. This is a sign that the virus has moved into the bloodstream.

This mutation causes calcification in the lungs to spread into the bloodstream, where it creates the same calcification that leads to embolism and cardiac arrest.

Here’s the sequence of the mutations of the corona virus:

The symptoms of the latest mutation into the limbs are white marks on the fingernails and toes as well as joint pain. Now he has gained access to all parts of the body. And only in it’s original form, attacking the lungs, he produces thy typical symptom of fever.

When the virus is eradicated from the parts except the lung, there can be massive pain in the head because this pain comes from the interaction of the Soul and the soul of the physicality, when the latter confirms that “I have survived”, which is not completely true. 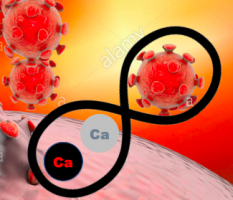 If the infections of the corona virus are not properly trea ted by the 1C1L Technology, M. Keshe predicts a dramatic rise in deaths in the coming 3 months to 2 years due to the vulnerabilities brought about by an incomplete corona processing. This number will be significantly higher than the direct deaths caused by the virus.

The virus creates in his interaction with the host cells the field strength of calcium (Ca); it carries the salt of Ca. This means he is able to change the energy of Ca from the plasma (energy) state into the matter state. This is the reason for calcification. Every cell of the human body carries the seed of Ca, which makes the body vulnerable on every level and in every part. 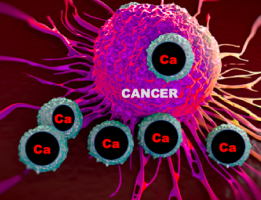 The calcification in the parts of the body which are infected by the virus will be more prone to develop a cancer, hemorrhage or embolism: Lung, Brain, Intestines, Liver, Kidneys, reproductive organs, and most of all bone marrow, lymph and blood.

The symptoms can be a general pain in the body, which means that every cell has been infected.

For China 50 M infections have been reported; the cancer death toll could climb up to anything around 150-500 M deaths.

The 1C1L does not only deplete the virus of his energy to make him collapse; but she also creates a link to the virus in the field strength of the Ca. This link prevents the virus to change the Ca into the matter state and cause calcification.

To counteract the calcification and remove all the traces, a new protocol will be published.

Another caveat: The viruses generally are only energy packs which only drain our physical energy without interfering directly with the matter level; not so the Corona virus. He is the first to bridge this protective boundary to our cells.

So far the virus has not yet managed to produce the Ca inside itself; but if this happens, the virus will create a separate life form inside our body. For the first time his RNA will be making it’s own DNA. The result could be a parasite which we would not be able to eliminate out of our body because it is made of the same stuff.

We have already seen a similar calcification process in a woman, who’s body gradually calcified in total. You see it in her fingers, when the blood vessels clog with calcification, they will not transport blood anymore. It took 3 months to process this case.

On a psychosomatic level calcification means progressive emotional rigidity, less and less supply of emotions (blood). Somehow this looks like a slow death; you watch how your body transforms itself into a skeleton.

“You have to understand that Corona is not finished when you pain has gone and your survived. It’s the beginning of a long term pain to come it you don’t look after yourself properly and regularly.” M Keshe