Feedback from the first conference in Vienna

M. Keshe is very pleased with the result from the first conference introducing a new generation of Plasma Technology last weekend in Vienna. It went better than even he expected!. 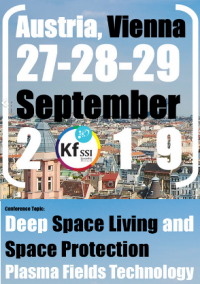 In the next 6 months the KF will start collaborating with 70 to 80 nations worldwide and this process will go step by step because the members of the KF as well as the new knowledge seeker ambassadors will have to learn how to communicate and collaborate with high level diplomacy.

In the Vienna conference a revolutionary health unit was shown; it is called Universal Enhancement System (UES). This is the first part in the sequence of space technology, because, before going into space, man needs to be shown how his physical existence is being taken care of, he has to understand how his life will be supported. 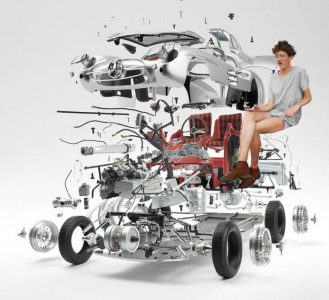 All participants were allowed 15 minutes inside the new health unit and they could share afterwards how they felt and what the unit could do for them. One of the participants could manage to stop the heartbeat of the system, a sign that the system’s heartbeat matched his completely – this is the phenomenon of falling in love, two hearts beating as one. The heartbeat is not just a metronome, it is the essence of life.

In order to understand this new technology, we have to open our minds to a new paradigm: up to today, technological things where merely lifeless mechanisms, that needed external energy sources to run and interfaces to allow humans to control it. For a conventional car, for example, you need fossil fuel as an energy supply and a stirring wheel, gears, accelerator, brakes and a multitude of light and sound signals to interface with the mechanism to take your slow, cumbersome and polluting journey.

The Universal Enhancement Unit works also directly with the Soul of the Man. It’s fields are stronger than the fields of the mind of the patient; so it is capable of elevating the Soul directly who in turn will feed the physical body with what is missing, or take away what is not needed or even what is harmful. The system mimics the womb of the mother. 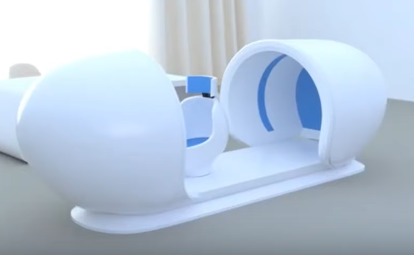 Trials have been conducted in China prior to the conference and the results were stunning: a paralyzed man in a wheelchair for example could walk after 3 days sessions of 30 min maximum in the unit. For the first time in the history of man, a system has been developed and delivered, which not only acts on the physical level but it also enhances the emotional and soul level.

The system actually feels what you need and feeds your entire system with it. So the system doesn’t need a doctor, because the communication is direct between the unit and the patient.

As the system works entirely on plasma fields, it is completely natural and there will be no side-effects whatsoever!

You receive and you take everything according to your needs. So the one most important “side effect” will be that no matter how you went into the system, you will come out a peaceful man, because it balances you on the Soul level and all the other levels will follow.

The system shown here is actually a very small one. In the future the KF will produce much bigger ones, which will feed, heal and supply energy to whole areas hit by a disaster.

M. Keshe relates that “this technology has been with me since the age of 12 – now you see how patient I am”.

The system hasn’t any connection to an outside energy source either. Incorporated in the unit is a device that can generate a heartbeat, perpetual motion. The second conference in Mexico (25, 26, 27 October 2019) will go into more detail concerning the energy aspect. The system supplies itself with energy in the same way as everything else in the Universe naturally gets the energy that it needs. That aspect renders dependence on external energy sources and batteries obsolete.

As this technology supplies AC and DC at the same time, it renders inverters, that most electrical cars today need, obsolete.

This new energy technology will be given to Chinese and American corporations that produce electrical cars at the same time. KfGlobal will not patent the technology but will get something between 1,000.00 and 5,000.00$ for each car sold. The first cars with unlimited on-board energy will be released in China.

The unit is designed in a way so that, even if you open it up, you cannot copy the technology. This is important because the technology has to be thoroughly understood and then only the manufacture will be facilitated.

The system already available for purchasing (150,000.00€) and all the doctors present in the conference ordered one. The price indicated is not a sales price but a leasing price. The Foundation does not sell units anymore only leases them, so it stays in control of updates, usage etc. Each time the unit is used the KF takes something like 13% of the fees charged by the health professional to the client (one processing series may cost around $ 8,000.00).

Do you recognize the genius in the way how the KF sets up the financial aspect of the new technology? Instead of blocking the technology with patents; they open it up to the whole world. By retaining a reasonable percentage of the sales, the KF will have steadily (actually exponentially) growing funds to reinvest into building factories and teaching centres around the world… The world has not yet seen a more powerful transformation.

Here is another paradigm change: instead of fighting the system, the cabal, the banksters, the pharmaceutical industry or the high priesthood, whatever you want to call it – we actually use the system to bring about the change. In that process, the change does not need to go through a collapse, it’s more of a change from within – the world will be turned inside out or outside in. So some people may wake up some day and “lo and behold I am living in Paradise!”.

You can see the animation following this link (inside the KSW296) or this link (on the KFGlobal website).

You can buy the product following this link.